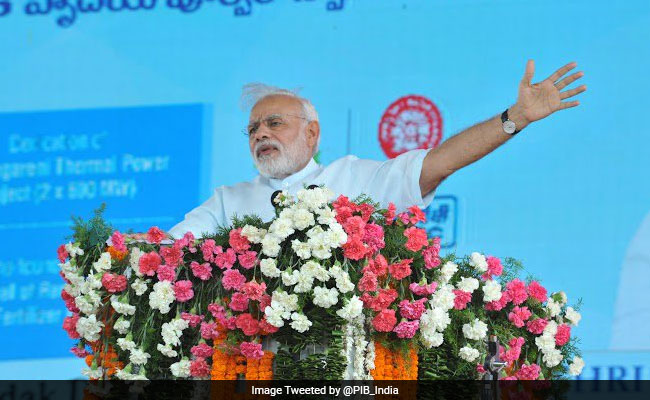 TELANGANA: Prime Minister Narendra Modi sent out a hard-hitting message today, calling for the protection of Dalits and punishment for fake cow vigilantes — issues over which his party, the BJP, has been facing opposition fire.

“What is the reason we torture our Dalit brothers? What right do you have? The section which has suffered for centuries, will you force them to suffer more?” he further said.
The Prime Minister was speaking in Hyderabad, the home of Rohith Vemula,  the home of Dalit scholar who committed suicide on January 17, triggering an agitation at the University which spread to other campuses in the country.

Earlier, at Medak, he made some scathing comments about “fake cow protectors” saying they were “dividing the nation and should be isolated and punished”.

“Be wary of ‘nakli’ (fake) gau rakshaks, they have nothing to do with cow. Governments should crack down on them,” PM Modi said at a function to lay water pipes in Medak’s Gajwel.

This was the second time in two days the Prime Minister has called cow vigilantes to order. Yesterday, he delivered a blistering condemnation of cow protectors, saying they make him “so angry”.

Cow vigilantes have been blamed for some of the most outrageous incidents over the recent months, including the stripping and flogging of four Dalit men in Gujarat’s Una.

The incident provoked a huge protest by Dalits in Gujarat, a BJP bastion where opposition was quick to gain mileage, alleging that the ruling party was encouraging, or ignoring, the atrocities on the underprivileged.