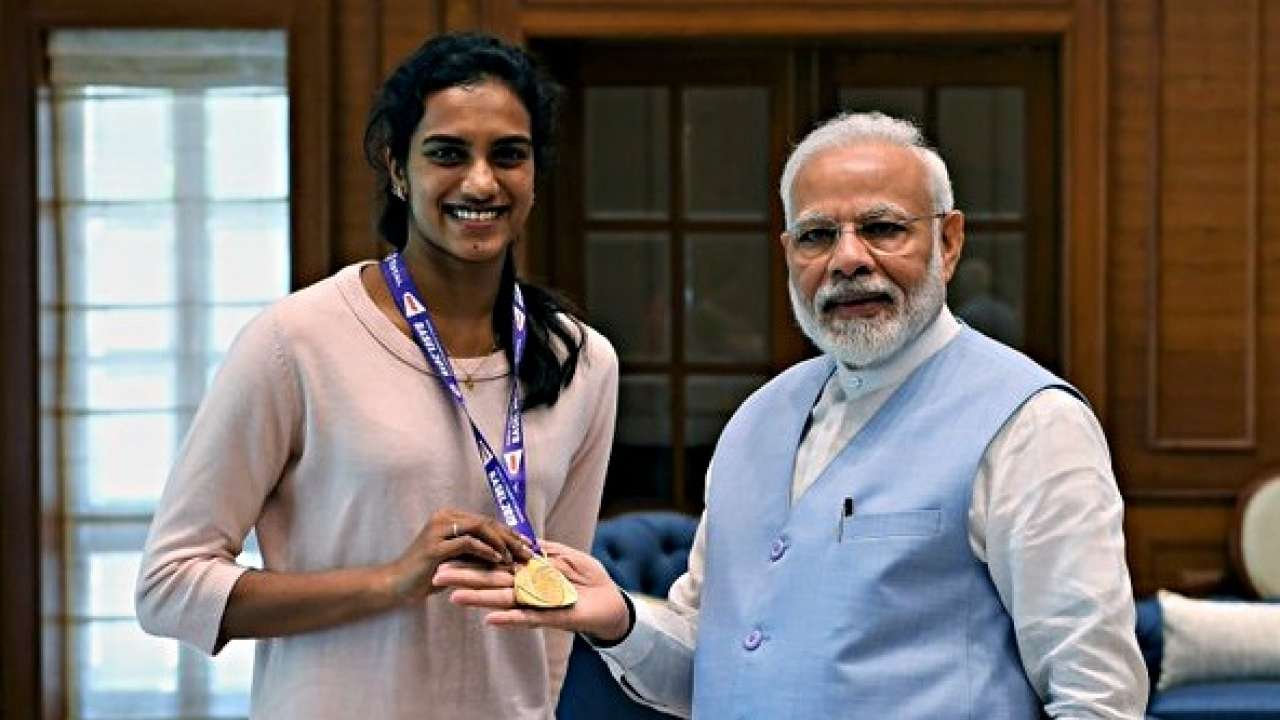 Shuttler PV Sindhu may have had a relatively easy World Championship final where she completely dominated against Nozomi Okuhara but she was ready for the long haul. In an interaction with ANI, Sindhu had said that she was mentally prepared for an epic battle against her Japanese opponent like that in 2017 where she lost narrowly. And one big step towards getting ready for such a gruelling match is building up physical fitness to maintain high level of intensity through out the match.

And PV Sinhu left no stone unturned to be fully prepared while preparing for the World Championship. A fitness video shared by eminent businessman Anand Mahindra shows how Sindhu was really going the extra yards to build up endurance ahead of the marquee tournament. The main focus was on better court movement which is so important in elite level badminton.

Anand Mahindra tweeted, ” Brutal. I’m exhausted just watching this. But now there’s no mystery about why she’s the World Champ. A whole generation of budding Indian sportspersons will follow her lead & not shrink from the commitment required to get to the top”.

The video was posted by uchitra Badminton Academy in Hyderabad where PV Sindhu had trained ahead of the tournament in Basel. Sindhu alongside her coaches also thanked fitness trainer Srikanth Verma for pushing her the extra yard during practice.

PV Sindhu on Sunday became the first India to win Badminton World Championship. This was the fifth World Championship medal for her and in her third successive final, PV Sindhu won the elusive gold. PV Sindhu returned to warm welcome and met PM Modi and Sports Minister Kiren Rijiju who congratulated her for the phenomenal feat.

Sindhu’s eyes are now all set on next year’s Olympics where she will look for the silver medal. In the last edition, Sindhu missed out narrowly in a hard-fought three games thriller against Carolina Marin of Spain.

Speaking to ANI, Sindhu said that Prime Minister Narendra Modi and Sports Minister Kiren Rijiju’s support to all forms of sports have been “fantastic”. “I met the Sports Minister and also PM Ji. They’ve been really very supportive. It’s really good that they’re doing a lot for sports,” she said.