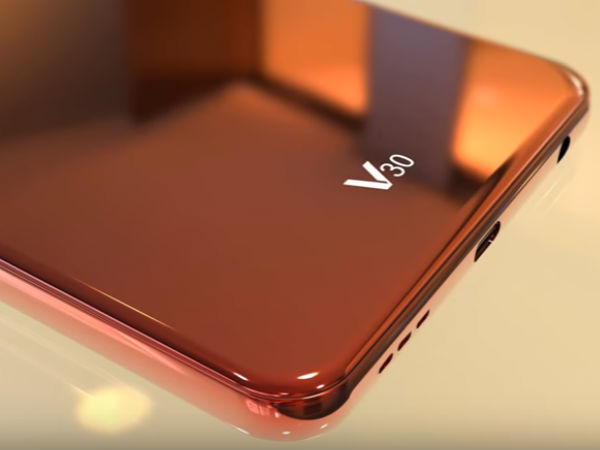 We have been coming across information about the upcoming LG flagship – the LG V30 of late. The recent speculation tipped that the handset might be launched in late August at the IFA 2017 show floor in Berlin.

The latest information regarding the LG V30 that has hit the web sheds more light on what we can actually expect from the device. The popular Twitter-based leakster @OnLeaks citing the information revealed by a source claims that the LG V30 might be launched with wireless charging support. Unlike its predecessors launched in the V series, this upcoming device will feature a glass back.

Notably, the current flagship, LG G6 also flaunts a glass back. If the V30 is also announced with a glass back, then we might come to a conclusion that the South Korean manufacturer is in plans to unify the designs of the both the flagship smartphone lineups. This is something that Samsung did in the recent years to unify both the Galaxy Note and Galaxy S flagship lineups.

Yesteryear’s flagship device, the LG V20 came with a dual-lens rear camera setup. Even the LG G6 has a dual-lens rear camera setup. As this has become a standard feature of flagship smartphones, we can expect the V30 to also be launched with one such arrangement. The rumors and speculations point out that LG might use a normal camera and a wide-angle camera as we saw in the past models.

Apart from the presence of a dual-lens rear camera, the LG V30 is believed to be announced with a rear-mounted fingerprint scanner. It is not pretty surprising as we have seen a similar arrangement on LG devices launched of late. And, not to mention, we can’t expect it to be embedded with an under-glass fingerprint sensor like the one rumored to be seen on the upcoming iPhone 8.