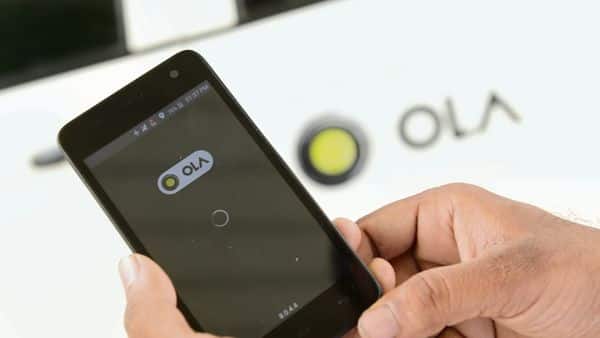 BENGALURU : Cab aggregator Ola today formally launched ‘Ola Drive’ a self-drive car rental service on its platform, with a plan to add 20,000 vehicles by end of 2020, according to a company statement on Thursday. The service was initially rolled out for users in Bengaluru as a pilot, with plans to launch into Hyderabad, Mumbai, and New Delhi shortly.

Ola Drive will allow users to design their own rental package, with an option to pre-set everything from the number of kilometers and hours to fuel inclusion before booking a vehicle. The service will have designated pick-up and drop-off points located across different residential and commercial hubs. Users can choose to book a car of their choice—sedans, hatchbacks, and SUVs— for a minimum of 2 hours along with a security deposit starting at ₹2000.

All Ola Drive cars will be equipped with Ola Play, enabled through a 7-inch touchscreen infotainment device, and will include GPS, media playback, and Bluetooth connectivity. Users will also have access to support and safety features such as a 24/7 helpline, road-side assistance, and an emergency button.

Ola Drive will also look at introducing a long-term car subscription option, and a corporate leasing service in the future, according to Arun Srinivas, Chief Sales and Marketing Officer of Ola who spoke at a press briefing on Thursday.

He added that Ola Drive currently has around 500 vehicles in Bengaluru, which is sourced directly from automobile manufacturers and original equipment manufacturers (OEMs). Ola, however, has no plans to add other vehicle sourcing models such as tie-up with independent vehicle fleet operators and distributors, Srinivas said.

Existing players in the self-drive market including Zoomcar and Drivezy allows users themselves to sub-lease their cars to platforms, under revenue-share model. However, Ola didn’t comment on the specifics of their sourcing model.

Currently, the self-drive car rental market is largely dominated by three players including Zoomcar, Drivezy, and Revv. Drivezy has over 4,000 cars on its fleet, Zoomcar claims to have more than 7,000 vehicles, and Revv has over 3,500 vehicles, which sums up to around 14,500 cars on road.

However, according to at least two investors that Mint spoke with, Ola’s aggressive proposal to add an additional 20,000 vehicles into the market and outnumbering competitors don’t add up with the current market sentiment.

“Their (Ola’s) core ride-hailing businesses maybe have hit a flat growth, hence why the company is exploring several other avenues such as Ola Drive, Ola Food, and Ola Electric…Even if you look at its rival Uber, globally, their (Uber’s) core ride-hailing numbers have also not grown sequentially when they presented numbers for their last analyst call,” said an venture capital investor in the mobility space, requesting anonymity.

The person quoted above added that the self-drive market’s biggest challenge is finding demand since the supply of vehicles can now be financed now on both equity and debt options. Most of the demand is generated either from people using self-drive cars for weekend leisure rides, as well as some seasonal demand during public holidays for longer trips between cities.

“Hence, at times these vehicles (on self-drive platforms) will remain un-used during the weekdays, so if Ola would be able to utilize un-used assets directly on their core ride-hailing, that could be a game-changer for Ola,” the investor quoted above added.