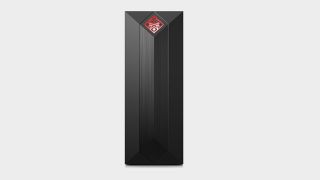 Black Friday may be over, but the savings very much are not at HP. If you’re in the market for a gaming desktop, you can grab the HP Omen Obelisk for $999.99 ($400 off). Additionally, you can save an extra 5% when you spend $1000 or an extra 10% if you spend more than $1500. So whether you prefer the ease of a pre-built or building your own battle station, there’s still a chunky saving to be had. You can also get up to 20% off the entire range of HP peripherals, including monitors and speakers.

This base model comes equipped with an unlocked 9600K CPU and an RTX 2060 super, which gives the Obelisk plenty of power for 1080p gaming and will carry you into the uplit lands of 1440p with the right graphics settings. Unfortunately, the base configuration only includes 8GB of RAM and 1TB of SATA memory which may adversely impact load times. However, if you were to upgrade to 16GB of RAM and replace that SATA storage with a 1TB NVMe that would put you over the mark to save an additional 10% off the total price, and truly transform the Obelisk into a solid pre-built PC for most gaming needs.

So, an impressive bargain to be had, especially if you aren’t inclined to get your own hands into the guts of a new case, you really can’t go wrong with an HP Omen Obelisk. Our own Tim Clark bought a 2080-equipped variant last Black Friday and it’s been running beautifully since. Sealing the deal is the added discount on HP accessories and a 1-year warranty that includes parts and labor.

We’re collecting all the best deals from across the web for PC gaming, from the latest graphics cards to the most comfortable gaming chairs, and everything in-between. Stay tuned to PC Gamer all through Black Friday and Cyber Monday for up to the minute savings.

Alice is PC Gamer’s resident peripherals expert and PC parts nut. She’s been breaking computers to learn more about them for as long as she can remember, developing a lifelong motto of “instruction by destruction.” “Pick up” is her favorite SCUMM verb.