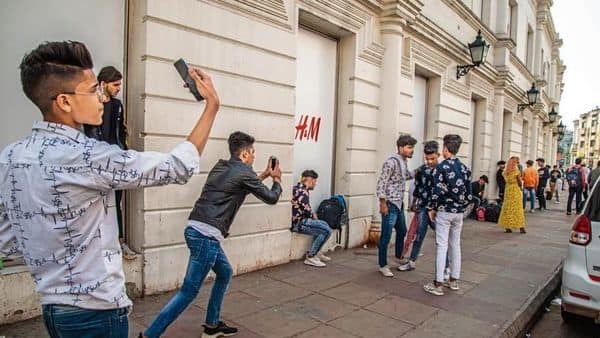 ByteDance Inc. is preparing a major push into the mobile arena’s most lucrative market, a realm Tencent Holdings Ltd. has dominated for over a decade: games.

The world’s most valuable startup has rapidly built a full-fledged gaming division to spearhead its maiden foray into hardcore or non-casual games, according to people familiar with the matter. Over the past few months, ByteDance has quietly bought up gaming studios and exclusive title distribution rights. It’s embarked on a hiring spree and poached top talent from rivals, building a team of more than 1,000. Its first two games from the venture will be released this spring, targeting both local and overseas players, one person said.

Commonly compared to Facebook Inc. because of its billion-plus users and sway over American teens via social media phenom TikTok, ByteDance is looking to expand its horizons. It started as a popular news aggregator with the Toutiao app in China before setting the world ablaze with short-form video sharing on TikTok and its Chinese twin app Douyin. Now, it’s looking to go beyond cheap ads and develop recurring revenue streams by taking on the Tencent gaming goliath in the chase for coveted distribution rights.

“Having fully established itself as a leader in short video with over one billion users across its apps, ByteDance is now building multiple game studios by acquiring experienced game developers and talent,” said Daniel Ahmad, analyst with Asia-focused gaming research firm Niko Partners. “Its massive global user base and investment in gaming could make it a big disruptor in the gaming space this year.”

Gaming in China has long been a Tencent fortress, with Netease Inc. a distant second. But ByteDance might be the one company capable of upsetting that status quo, having already defied convention by surviving and flourishing outside the orbit of Alibaba Group Holding Ltd. and Tencent, who between them have locked up much of the country’s internet sphere. Toutiao is a key channel for Chinese game publishers to acquire new users, with 63 of the top 100 ad spenders among mobile games in 2019 devoting most of their ads to the news app, according to data tracked by Guangzhou-based researcher App Growing.

Representatives for ByteDance, Tencent and Netease declined to comment for this story. Shares in Tencent went down as much as 0.6% during morning trading on Monday.

Over the past few years, ByteDance has churned out several casual games that have grown popular with the help of its video platforms, but those quick hits made money mostly through ads. Its new foray into gaming involves a much bigger investment and is shaping up to be a major strategic shift, targeting more committed gamers who will splurge on in-game weapons, cosmetics and other perks.

It could help the company diversify its sources of revenue at a time when the Chinese economy shows signs of slowing and TikTok draws scrutiny in the U.S. ByteDance is also testing a new paid music app in Asia, adding to its swelling portfolio of ventures. Steady revenue sources would help position ByteDance for an eventual initial public offering.

While the move into serious gaming is very much at an embryonic stage, ByteDance is making up for its inexperience by poaching veteran staff from rivals, said the people, who asked not to be named because the plans are private. One of the gaming division’s creative teams is led by Wang Kuiwu, who joined from China’s Perfect World, a major game developer and esports tournament organizer. Yan Shou, ByteDance’s chief of strategy and investment, oversees operations, the people said. The unit runs independently from existing efforts to create casual mobile titles, they said.

ByteDance is making a global push that includes hiring publishing and marketing staffers based overseas, according to job descriptions viewed by Bloomberg News. One post seeks people to work with influencers and internal platforms to promote games, while another asks candidates to be responsible for “managing indie mobile game publishing projects throughout their life cycle.” This hiring spree is also evident in postings this month for more than a dozen game-related positions on Chinese career site Lagou.com, ranging from product managers to 3-D character designers based in Beijing, Shanghai and Shenzhen.

The challenge of invading Tencent’s turf will nevertheless be immense. Tencent has three of the world’s most popular multiplayer mobile titles in PUBG Mobile, Call of Duty: Mobile and Honour of Kings. They are the blueprint for games that are free to play but rich on in-game purchases – which accounts for a huge swath of mobile revenues – that rivals like ByteDance try to emulate. More broadly, Tencent’s locked in a billion-plus users across Asia into a WeChat app that mashes elements of payments, social media, on-demand services and entertainment.

Tencent and Netease also enjoy the advantage of having long-established relationships with Chinese regulators, who in 2018 began a campaign to root out gaming addiction that drastically constricted the number and variety of games allowed to be published in the country. Tencent saw hundreds of billions of dollars wiped off its market value as a result and is still recovering. Getting into gaming potentially exposes ByteDance to more regulatory scrutiny domestically, even as it battles U.S. lawmakers’ accusations that TikTok can be used to spy on Americans.

Still, ByteDance can’t call itself a true internet giant without a substantial presence in gaming. Last year, 72% of all consumer spending on mobile came in games, according to App Annie, and the market is fiercely competitive. ByteDance’s critical advantage is that it already has a vast and engaged audience among the all-important teenage demographic: it can leverage Douyin/TikTok to channel users toward its games. That mirrors the winning approach Tencent took more than a decade ago when it exploited the reach of its social media platforms to enter gaming. ByteDance will have to prove that the strategy still works.

“Gaming is a strategic vertical for tech companies in China as it is a key way to generate additional revenue from a large audience,” Ahmad said. “While they may be able to develop a number of hit titles in the China market, we believe it will still be difficult for them to truly challenge Tencent.”