Resale value is very important for buyers who are looking to replace their car few years down the line. Most buyers often overlook this aspect while finalizing their new car. Here’s a quick tip: Buy a car with the lowest form of depreciation. A car with a low depreciating value is easy to sell at a higher price considering the high demand. Resale value depends on various factors like face-lift and newer versions and waiting time for new models.

There are a lot of used car models on the market right now. Here are the models which have a high resale value. The Kwid has a large number of followers and garners massive demand, both in the new car market and pre-owned segment. Major buyers include youngsters and first-time buyers who are willing to opt for a used Kwid and is one of the major reasons for its high resale value. The Swift can be found in massive numbers on various used vehicles portals and physical markets. Depending on the model, anything between Rs 2.5-5.5 lakh is a good deal. No, we are not talking about Maruti Suzuki’s sedan, Baleno. Although, we do love that car a lot, considering the engine and build quality. The new Baleno is as of now the best selling premium hatchback in the country. Launched 2 years back, this model still has a massive waiting period of at least 3-4 weeks which is another reason why customers do not mind buying a used unit. Well, that’s if you find one.

Considering the ‘one’ posting we found, we would say anything around Rs 4-6 lakh, depending on the variant, is feasible. Yes, Honda just launched an all-new Amaze at the recently concluded Auto Expo 2018, but we are talking about the old run-of-the-mill Amaze, with its mediocre looks, a peppy engine, and most importantly, a diesel model under the Honda banner was enough for Indian buyers. Value-for-money and after-sales service make it a good choice.

Resale value is high. Anywhere between Rs 4-5.5 lakh is a good deal. 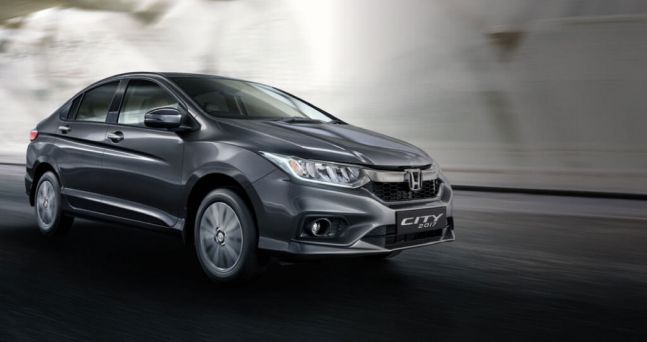 Of course, we remembered the City. The sedan from Honda already started winning hearts since the first gen was launched and has been consistent amidst other major players like the Ciaz, Verna, and the Vento. Buyers do not mind opting for a used model considering the build quality and after sales service from Honda is very reliable.

Resale value for the City anywhere between Rs 2.5-8.8 lakh is a good deal, depending on year of make, kms driven, and build quality status. There are not many models out there other than the Corolla Altis first-gen which is good, but you will find examples which have run over 50-60,000 kms. The new-gen Altis is a hard car to find. Good luck finding a used model. If you actually do, pls write to us at [email protected] The compact SUV from Ford has been the American carmaker’s best seller. Used examples are still a good way to get a better car for your needs than some new ones. However, the new EcoSport facelift is out which means the pre-facelift demand will start decreasing rapidly. If you are not for the new facelift, you can indulge in the pre-facelift model which still gets the standard bells and whistles.

You can get good models ranging anywhere between 6.5-8 lakhs.

The Tata Hexa is a surprise here. But considering the high demand for the Hexa, and unavailability of pre-owned one, we would seem owners are happy with their purchase and are not wanting to sell off their purchase this soon. Yes! We bet you have been waiting for this. The Mahindra’s full-size SUV is now mechanically updated with a host of cosmetic updates and a better-equipped cabin. Pre-owned XUVs are a hoot with good examples ranging anywhere between Rs 9.85-11 lakh. This is a list of pre-owned cars and it would be blasphemous to omit the Innova, which has been the designated workhorse, clocking in thousands of kms without as much batting an eyelid. Need we say more, again?

Good examples can be found for Rs 6-9.5 lakh, depending on pre-facelift models or current Crysta models. The Fortuner has taken its place at the premium SUV market and is still going strong as usual. With massive bodies and low running costs, buyers are more than satisfied.

Anything we missed on this list, feel free to tell us in the comments below.